This website is dedicated to provide tips, techniques and templates to help you design day to day posters, flyers or brochures. Moreover, you will insight for preparing office documents as well

Are you looking for a collection of good quality flyers or brochure designs? Here is a useful resource from where you can download Free Flyer Templates and can use it for creating your own flyers quickly and without spending too much time on design or layout.

Should you need to create formal proposals, reports, schedules and/or contracts just check out this website Microsoft Word Templates to download quality templates for free.

Almost all of the countries start using wanted posters to catch criminals and fugitives that create problems for the society and making it harder for police to trace them and catch them up. Wanted posters had the description that f any of the people having concerning information regarding wanted individual or if any agency requesting assistance to locate a wanted subject then they have to call the police and address was given at the end with the landline and mobile number. Not all the criminals have their place on the wanted list but only those who has to be caught on urgent bases, also the individuals which cannot be rationally traced or located by any other means. 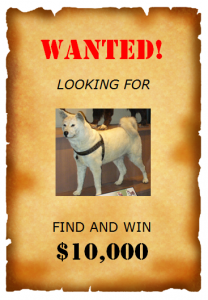 Developed countries also using internet media as an effective mean to control crime rate in their counties and post wanted individuals’ pictures online on official police websites. Member of the society can view photos and details of wanting people any time from any where on police website and notify if any resembled person came into their view. If they suspect any criminal activity around their selves or found that they saw a wanted person near by then they do not have to involve in any heroic activity but just informing on the given numbers and police will do its work and start moving immediately.

In developed countries, the law enforcement agencies developed special websites for this purpose and people are as much involve in helping the police to trace out offenders as police do it to people by securing them from crimes. Such sites have mainly two sections, first one is for individuals who are wanted for the arrest having serious criminal charges while another one is for are still needed to be identifies by the police. Although, third world countries still using the television as electronic media and newspapers as a main source to publish wanted persons’ posters and detailed information.

Wanted posters are as effective as any other source to catch a fugitive or criminal. It will help police department to work more efficiently. Wanted posters could be seen any where or could be developed or published by any person but only those are reliable and worth seen and has to be remember which has authenticity and the police department’s approval stamp or their logo or monogram that shows its significance. Otherwise that poster would be any trick of an opposite party to tease or do harm to the man that mentioned in the fake poster. So police department need to take care of this issue that their wanted lists or poster should be exclusive and their right should be reserved by law.